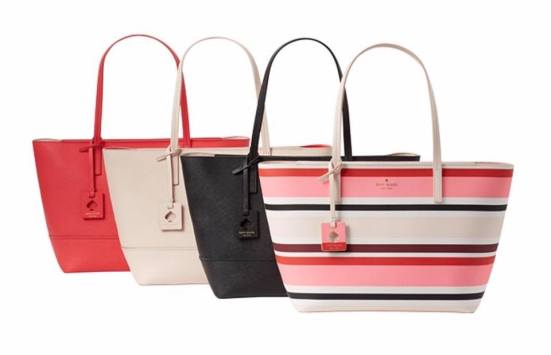 Purses can be heavy. Load those babies up with everything you think you need for every situation imaginable, and they can make your shoulder feel like it is about to fall off.

They can be mighty pretty, though.

However, an ex of mine once said: I’ve never heard a guy say, “Dang. Look at the purse on her.” As much as I hated to admit it, neither had I. But I still wanted pretty ones.

And Kate Spade made a lot of pretty ones.

But they were kinda heavy, too.

Before last June 22, I would never have imagined that I would have a reason to compare my daddy to a handbag designer.

However, before last June 22, I would never have imagined a boat load of unfathomables that have now become my life, so maybe Daddy and Kate Spade making a blog post together isn’t all that wierd after all.

The news hit my phone in the form an a MSNews Now alert that Kate Spade died today, at her home. It was a few hours later when the same news outlet told me that her death was an apparent suicide.

The incredibly talented, wealthy, successful Mrs. Spade evidently hung herself in her home, and she was found by their housekeeper.

And incredibly talented, comfortable, successful man I happened to call Daddy evidently shot himself in his backyard, and he was found by his wife, my mama.

She left a note for her daughter.

My daddy left nothing but questions.

She, evidently, suffered from depression for a long time.

My daddy was not himself for a very short time.

The inevitable comparison can’t be helped. The big, gaping hole in the equation is the why.

I know there are a ton of people who love me to the ends of the Earth who wish I didn’t need to know why.

He was my daddy.

And the purse my daddy left me is awfully heavy.

This is going to seem crass, but if Mrs. Spade was going to leave her daughter this way, inevitably, at least her daughter knew why. It won’t make complete and good sense, and it won’t control the uncontrollable missing, but I’m glad for her daughter that she has a why.

Even if the why is a crappy why.

At the very least, if someone asks her why her mother left, she has an answer.

But what Ms. Spade didn’t know, in leaving a note, was that it won’t make the purse her child has to carry for the rest of her life less heavy, because her daughter won’t ever get over the missing.

Even though she is only 13, as the daughter of a parent who left the same way, no matter how old or young, the guilt will exist, because she, and I, will forever wonder how we could have altered the outcome.

She may not could have.

I know I could have.

I just didn’t ask the right questions. I didn’t take his “depression” nearly as seriously as I should have. I thougt he would snap out of it once some meds allowed him several good sleeps in a row.

He never got those good sleeps.

I think his purse may have been too heavy.

I just didn’t know it.

I’m fixing to be 43 years old, and I had the means, the opportunity, the gumption, the words, the ability, the relationship, and the right to sit him down and ask…and ask until I knew I was getting every bit of a true, full, complete answer.

And neither will she.

She, and I, were gifted with miserably burdensome heavy purses.

Mrs. Spade gave her daughter the gift of an explanation in her note, but she still abandoned her child.

And her daughter is, in fact, a child.

She left her with a heavy purse.

I’m a grown-up child, and my daddy abandoned me.

He left me with a heavy purse.

And I will never get over it.

And I will never not want answers.

I will never not want a letter.

Mrs. Spade’s daughter was given, at the very, tiny least, something that said her mama was thinking of her in her last moments. By writing her, she at least acknowledged her.

It is something, but it isn’t enough.

It isn’t even nearly enough.

I will never not feel like I’ve been left in an unnavigable world without a compass, because Daddy was mine.

And I’ll bet, Mrs. Spade was her daughters’.

They both left us with heavy purses.

There is no such thing as a pretty purse if it hurts being carried.