I’ve known Wendy since we were kids. We grew up together in the same small town, attended the same school, and were cheerleaders together. For as long as I’ve known her, she has been into beauty. And it makes sense: she is beautiful.

When she was a little girl, she wanted to be Miss America. If you know her, the only surprise to that fact is that she wasn’t. In my opinion, she still could be. However, she has two daughters, Landre, 9 and Mary-Brenton, 7, who are just as pretty as their mama. See for yourself….

I’m guessing one day, one or both could fulfill that dream for her….if they want to.

Wendy has been married for 11 years to an all-around great guy (and I introduced them, so I get to pat myself on the back for being a pretty successful match-maker!) He has been a baseball coach for 5 years, and a quite good one.

Wendy took her love of pageants and her desire to make people beautiful, and she became a hair stylist. She has been cutting hair and doing makeup for this side of 15 years. She has worked in small salons, big salons, and salons out of her own home, which she prefers. And recently, Wendy decided she wanted to try to make a little bit of extra money, and someone mentioned a company to her that would fit right into her lifestyle as an extension of the industry in which she already worked. And so, she became a consultant for Rodan +Fields.

Now, if you’ve never heard of R + F, it is a distinct direct sales company, begun by the same doctors who created Proactive. That fact made Wendy buy into the company without even trying the products.  In addition, one of our local celebrities, meteorologist and author, Barbie Bassett, is a consultant as well; for Wendy, her credibility lent another level of trust to Rodan + Fields. But when she tried the products, she was sold. They did what they said they would do.

Some facts about buying or selling Rodan + Fields: reps don’t keep inventory in stock; everything is ordered directly through the website.  They don’t have home parties, though they do sometimes invite friends to informational meetings if they want to know more about the company. Rodan + Fields consists of four different  lines of products, which include Anti-Age, Reverse, Soothe, and Unblemish. The products do everything from erase sun damage to get rid of acne, help with rosacea, and prevent razor burn. Have dry skin? They have something for that. Sensitive skin? They’ve got that to. As Wendy told me, “Our skincare lines help everyone that has skin–which is….everyone. ;)” In addition, they have a money-back guarantee on their products, even if the bottles are empty.

The investment into Rodan + Fields is minimal: you can join for under $400.00 which includes products, comes with its own money back guarantee, and is tax deductible. The company is debt free, which gives her confidence in its longevity, and she can actually will her business to her girls one day. Since it is completely computer-based, she doesn’t have to keep up with any inventory and doesn’t have to make any deliveries, and that is a plus to a busy working mama of two with a husband whose life is a revolving door of ball games. She’s a busy lady, but she has found being a consultant for R + F has been fun and fulfilling.

She loves doing hair, and she is good at doing hair, but she also has severe allergies which, doing hair irritates significantly. So eventually, she wants to sell Rodan + Fields full time. This would enable to her continue her desire to beautify folks, holding on to her love of making people look their best, but in a different way, with a different approach, and hopefully, with more money in the bank. She reminded me that studies show that even an extra $500.00 a month can keep someone from filing bankruptcy. In eleven months, (don’t be jealous, now) she has surpassed that initial goal, and now has seven people on her team (called Wendy’s Rockstars).

Wendy found a way to incorporate a hobby since she was a little girl into a career. She has managed to balance a family, a full-time job, and R + F. Right now, it gives her extra money to pay bills, save, and spend. Later, I believe, it will be her ticket to stability and peace of mind. As her friend, I’m so proud that she has found something that she loves to do and is succeeding at it. You don’t have to be a knock-out to sell Rodan + Fields. You just have to have a desire to tell everyone you know about a product that you believe in. 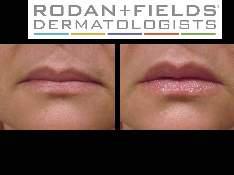 Wendy is one of my friends who is making it happen (and I think you need to know about her, too!)

To learn more about Rodan + Fields or to order products from Wendy, go to www.wendyawoods.myrandf.com. If you are interested in becoming one of Wendy’s Rockstars, email her at wdawoods@csouth1.blackberry.com.

One thought on “Meet Wendy.”